FILM REVIEW: The other side of the Tūhoe raids

Most New Zealanders will remember when Tūhoe activist Wairere Tame Iti shot the national flag, during a powhiri ceremony, at a Waitangi Tribunal Hearing in 2005. New Zealanders will also remember when Iti, along with three others, was tried and found guilty of firearms charges as part of what the media coined, the ‘Urewera Four’ (Gay, 2012) trial. The man with a full facial Tā moko is regarded throughout the mainstream media as somewhat of a rebel, and by the state as a ‘dangerous proto-terrorist intent on infecting New Zealand’ (Hill, 2012). 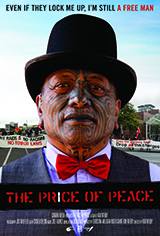